Thoughts on the Result of Donald Trump's Second Impeachment Trial 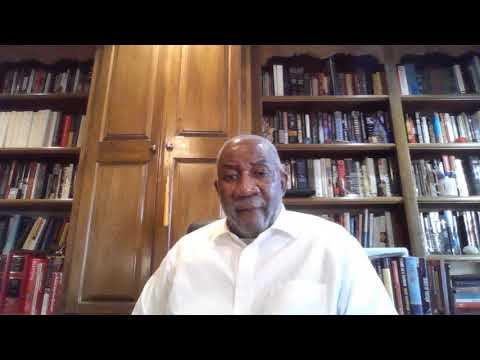 THE IMPOTENCE OF WHITE CHRISTIANITY

February 11, 2021
THE IMPOTENCE OF WHITE CHRISITIANITY ©Wendell Griffen, 2021   People throughout the world are talking about the damage done to US standing during Donald Trump's presidency.  Those conversations should also focus on how Trump's presidency exposed the moral and ethical uselessness of White Christianity as a force for good. White Christians have been silent, conspicuously, while the House Managers for Trump's current impeachment trial in the U.S. Senate methodically expose how Trump incited the deadly January 6 attack on Senators and Members of Congress in a desperate try to prevent confirmation of the Biden-Harris Electoral College victory. White Christians, who railed against Bill Clinton for lying about extra-marital sex acts, have not denounced Trump for sending domestic terrorists to kidnap and murder former Vice President Pence, Speaker Nancy Pelosi of the House of Representatives, and other Senators and Members of Congress.  White Christian leaders have no
1 comment
Read more

February 07, 2021
PROFILES IN COWARDICE ©Wendell Griffen, 2021   This week the United States Senate will convene as a jury for the impeachment trial of Donald John Trump, former President of the United States, on the charge of inciting insurrection against the United States to prevent the peaceful transfer of presidential power to Joseph R. Biden.     We will never forget where we were and what we were doing on January 6, 2021.   We will never forget watching live television footage of hundreds of Trump’s extremist followers storming the U.S. Capitol intent on stopping the Congress from confirming the certified Electoral College results for the 2020 presidential election.   Trump’s followers engaged in an attempted coup d’état on June 6 because Trump was desperate to stop Congress from confirming that Biden and his running mate, now Vice President and former U.S. Senator Kamala Harris, had soundly defeated Trump and former Vice President Michael R. Pence for re-election.     People died
1 comment
Read more
February 04, 2021
Announcement of coming retirement from judicial office   https://www.arkansasonline.com/news/2021/feb/02/griffen-sets-plans-for-courtroom-exit/
Post a Comment
Read more

THESE PEOPLE NEED RE-INTRODUCTION TO JESUS

January 30, 2021
THESE PEOPLE NEED RE-INTRODUCTION TO JESUS ©Wendell Griffen, 2021   Recently, Baptist News Global reported that two prominent white Southern Baptist pastors from Texas – Steve Swofford (pastor of First Baptist Church of Rockwall, Texas) and Tom Buck (pastor of First Baptist Church of Lindale, Texas) – openly called U.S. Vice President Kamala Harris “Jezebel,” a label long recognized as a racist slur against Black women ( https://baptistnews.com/article/a-second-sbc-pastor-in-texas-called-vice-president-kamala-harris-jezebel/#.YBTxR-hKi8V ).      Both men lead churches affiliated with the Southern Baptist Convention (SBC). I have found no published account that any other white SBC leader has criticized them for slurring Harris, a Black woman of South Asian and Jamaican ancestry. Swofford is a member of the executive committee for the SBC.   Ronnie Floyd is President and CEO of the SBC, and head of the executive committee.   I have found no report that Floyd has publicly crit
7 comments
Read more

January 28, 2021
WHITE FOLLOWERS OF JESUS, WHITE SUPREMACY, AND DISMANTLING SYSTEMIC RACISM ©Wendell Griffen, 2021   White followers of Jesus are the main obstacles to overcoming white religious nationalism, white supremacy, and racial injustice in the United States.  This is not a pleasant reality.  However, the US would not be in such pathetic shape if white people who claim to be followers of Jesus would admit truths about the injustices committed against indigenous, black, Latino, and Asian people, admit the history of white religious complicity in those injustices, and then commit to remedy the harms associated with those injustices.   White people who claimed to follow Jesus stole access to land and water and massacred indigenous people.   White people who claimed to follow Jesus financed, operated, legalized, sacralized, and enriched themselves by enslaving Africans.   White people who claimed to follow Jesus invaded the Republic of Texas and waged war against Mexico – where
3 comments
Read more

January 19, 2021
THE RESULT OF REJECTING DR. KING’S DREAM ©Wendell Griffen, 2021     Donald Trump’s presidency will end with the United States leading the world in the number of deaths caused by the coronavirus pandemic.   He will leave Washington, DC as more federal troops are in Washington than at any other time since the Civil War, and after his extremist followers stormed the US Capitol and threatened the US government, a result that had not been tried since the British Army invaded Washington during the War of 1812.     Trump’s tenure as the 45 th President of the United States will forever be despised.   History will forever show him to be the first (and hopefully only) President to be impeached twice.   Time will tell whether Republican members of the U.S. Senate have enough honesty and integrity left to convict him after they enabled and excused Trump’s white supremacist, misogynist, xenophobic, and classist bigotry, and disrespect for the rule of law and the U.S. Constitution du
Post a Comment
Read more
More posts